Japan’s Prime Minister just returned from a trip to the US and Canada. He came home with an agreement and a fun door knocker from Canada. 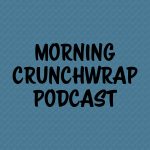 McGill University in Montreal has decided to stop using the nickname “Redmen” for it’s sports teams. Why they’re doing it, and the question you should ask anyone who’s mad about it. 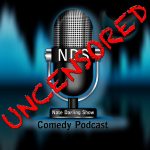 Kareem hates the white working class and Nate really isn’t that mad about anything. Plus, a parade for a “perfect” season in Cleveland and what we’re thankful for…and Nate invites all of you to the wedding.

A NBA player punches himself, a restaurant closes…another is set to open and some odd vacation complaints.

Plus, Florida Corner and Small Town News become one!

It’s the first show recorded in 2013 and it’s a silly one.  Mel Gelbart returns to the show to tell us about her trip to Costa Rica and regales us with the tale of the Hobo Jew.  Plus, the flatulent fed…Kathy Griffin gets inappropriate and Nate calls someone a ‘talentless hack’

Find out why prisoners are suing beer companies, Kevin Smith’s final movie and a tale of popcorn in ‘Small Town News’ 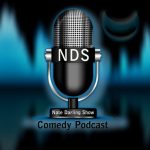 Another Nate solo show…with hunters who shoot each other and blame Mexicans, a Wisconsin streaker and driving with ferret. Plus, mom & daughter work together in Florida Corner.

Sorry guys, Nate has bronchitis so no new shows this week…just one new sponsor, Target. Now you can shop Target.com and Amazon.com and support the show.

Male boudoir photos are removed from Facebook, the group is split on the idea of such things. Another fool thinks the earth is flat…and isn’t swayed by logic or Neil deGrasse Tyson. Plus, Maine’s Governor is at it again and we hear from an 18 year old Ted Cruz about future plans. We are your silly friends…hang with us for an hour.

We call a still sick Jason…Kawhi Leonard’s laugh has Twitter talking…and the world laughed in Donald Trump’s face. Plus, is Bret Kavanaugh just and old school INCEL? Does Beyonce practice black magic? And we talk about healthcare and why you’re buying a bunch of bullshit.