Nate, Sam & Diana discuss weekend plans…Diana may have a new project in the works. Why one man used cocaine at work…crowdsourcing for a girlfriend and the smelly vagina lawsuit.  Plus, Diana has questions about insertions and we explore why life is tough for her and other “straightforward girls”

Diana, Sam & Nate talk old school dating tips, the human Ken doll and the loss of Skymall. Plus, there’s a new Oreo coming and KFC serves up crazy concoctions around the world. 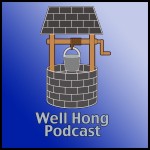 Diana & Nate talk about her first out of state gig, doing stand-up in the Phoenix area.

The gang talks problems with ‘the Biggest Loser’,  eating pussy at a punk show and why Target is putting sex toys next to kids toothbrushes. Plus, Kareem & Diana go full vanilla as Nate & Sam discuss an “innovative” adult novelty.

We discover that Storm Trooper armor is good for something and how to make Gordie Little hip in Small Town News.

Sam goes on a Man’s Weekend, Nate goes on a cleaning spree, Kareem does Chitlin’s and Diana goes to Arizona.  Plus, Nancy Grace & 2 Chainz debate legal marijuana…QVC attempts astronomy and there’s a stone cold burglar on the loose!

Diana & Nate talk about Margaret Cho’s controversial role at the Golden Globes and Nate introduces Diana to a new reality show on Lifetime that makes her very happy.

Kareem explains the Chitlin’ Circuit Show that he is presenting the next 3 weeks and we make a pledge for February. What becomes of pot sniffing police dogs when marijuana becomes legal? And we get into “Red Wings” and not the hockey team.

We begin with Nate speaking about the Charlie Hebdo attacks in Paris, then cleanse our palates with a cat video. A 60 Minutes reporter likes to get freaky and Diana does NOT approve…Kareem continues to defend Bill Cosby and Sam tells his valiant story of running down the street in nothing but his undies and a samurai sword. Plus, Diana reveals the best club to use if you’re going to smash windshields while drunk.

Also, registrations are open for the 2015 Donut Dash, sign up now at donutdash.org

Diana returns and the show resumes for the first time in a long time. We talk about a viral video, what a hate crime really is and why we should stop accepting ignorant nonsense online.

Plus, Diana has a big gig coming up!

Another full cast…Nate talks about seeing “Top 5” in the theatre, the Bills former coach gets paid for nothing, Oprah isn’t paying and there’s a nude dude on the freeway.

Plus, we all recap how we rang in 2015 and we discover a service that will send poop to peeps.