Former Pittsburgh Steeler Le’veon Bell gets robbed by naked women. The Rays may soon call 2 cities home. Plus, we talk about the poo-flinger in Florida and another Eat Beat in Small Town News.

WTH #697: Both Naked In BedDownload

MLB is exploring a plan to split the Rays between Tampa Bay and Montreal. What the Mayor of St. Pete says about it, why it makes zero sense, and what really should happen.

Nate runs a 5k at Angel Stadium, then later that night, witnesses a great example of guys being guys. Two actresses push to be on HBO’s “True Detective” and some Secret Service guys get sent home early.

Plus, a term that shouldn’t ever be used, OK Cupid takes a stand and why an Alabama man was arrested for climbing a tree.

Some never discussed events are revealed. NBA announcers get punchy and a silly actress has silly ideas in a silly book. Plus, some strange performance art from Germany and a Major League player has a great birthday present for his mom. 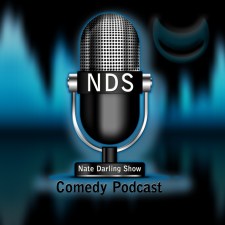 With Christiana dealing with work-type things and Kareem fighting his lunch, Nate & Diana are joined by Sam Platz & Alejandro Padilla. We talk about a YouTube dickweed, how dullards from Fox News besmirched a female fighter pilot and the situation that the Situation finds himself in. It’s a silly, silly show.

Some never discussed events are revealed. NBA announcers get punchy and a silly actress has silly ideas in a silly book. Plus, some strange performance art from Germany and a Major League player has a great birthday present for his mom.

On this episode, the gang breaks down the Good, the Bad & the Ugly of “April Fool’s” stunts…one of which makes a cast member a little misty. Plus, evil baristas and Nate yells at people for being terrible broadcasters.